The Golden State Warriors look to add another title to their era-defining dynasty, the Boston Celtics aim to bounce back from a disappointing finals performance and LeBron James is eyeing the scoring title as the 2022-23 NBA season begins this week.

A Warriors team famous for its unity saw that tested when veteran forward Draymond Green punched Jordan Poole in the face at a practice earlier this month, an incident he apologized for.

The notion that the altercation could do lasting damage to the team’s chemistry dissipated quickly when Poole signed a four-year extension worth up to $140m on Saturday. Green, a four-time All-Star, was fined but not suspended over the incident. 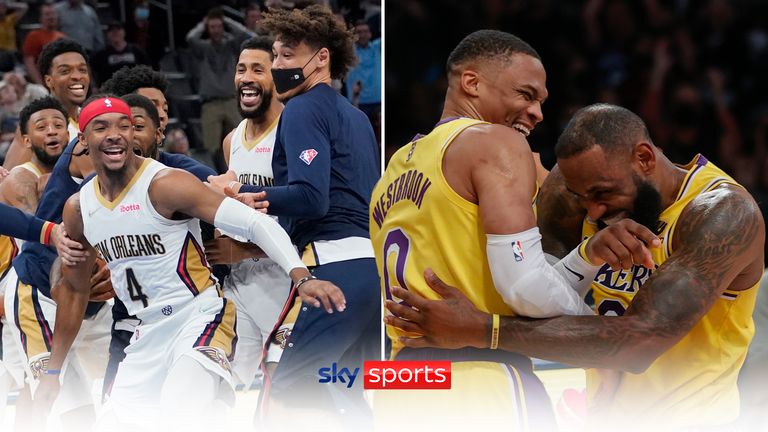 “He apologized and was professional,” Poole told reporters on Sunday at Chase Center, where the Warriors will raise their fourth championship banner in eight seasons on Tuesday before taking on the Lakers, live on Sky Sports.

“We plan on handling ourselves that way…that’s really all I have to say on the matter. We’re here to win a championship and keep hanging banners.” 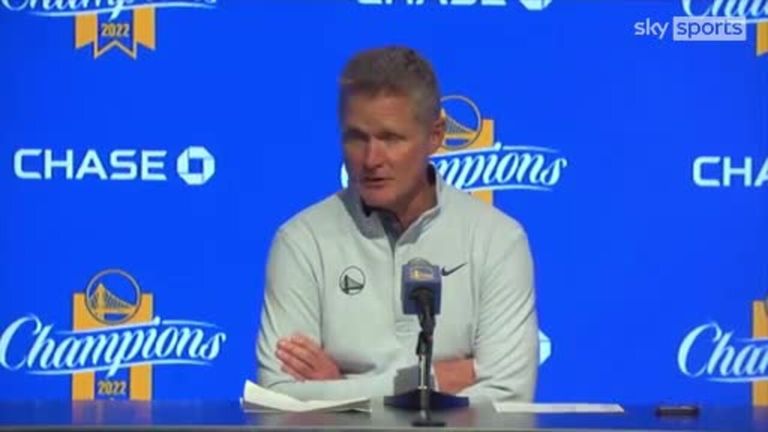 The champions are about to find out whether the fight will be too much for even this tight-knit group of stars to overcome. Golden State will be among the favourites to reach their seventh NBA Finals in nine years, although head coach Steve Kerr warns his history-making crop may not immediately hitting the ground running in the early part of the season.

“I don’t think we’re ready to have our top five or six guys play 30 plus minutes a night,” Kerr admitted. “So we’ve got to rely on our depth, not only opening night, but probably for the first couple of weeks. And that’s okay. I think we have a really deep team. So we’ll get there eventually.”

The Warriors were not alone in dealing with unexpected setbacks during the hectic off-season, with Celtics head coach Ime Udoka handed a one-year suspension in September for “violations of team policies”.

Interim head coach Joe Mazzulla will now take the reins of the Jayson Tatum, Marcus Smart and Jaylen Brown-led team, who were two wins away from delivering the storied franchise its 18th championship in June.

All eyes will also be on the Los Angeles Lakers and James, who is 1,326 points away from passing Kareem Abdul-Jabbar as the league’s all-time leading scorer – something he is forecast to do around the 49th game of the season. 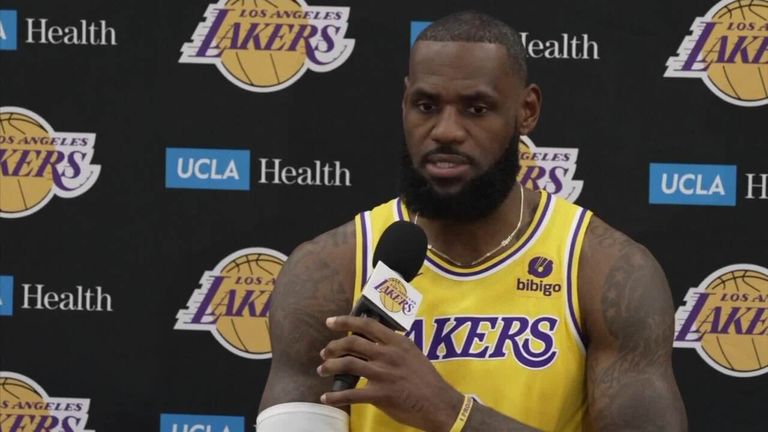 James, 37, is entering his 20th season and coming off a campaign where he averaged 30.3 points per game, the second-highest of his career despite the Lakers missing the playoffs.

“It’s the beginning of a long journey that you hope and the beginning of the marathon,” James said ahead of the new season. “Everyone is trying to get better throughout the season, for sure.

Lakers will be without Dennis Schroder for the first few weeks of the campaign, with the guard undergoing a procedure to repair ligament damage in this thumb.

“My motivation is built in to turn this thing around and have a very much more improved year as opposed to what happened last year,” Lakers coach Darvin Ham said. “So, kudos to the Warriors, last year’s champs, but this year is an all new season and we’re hungry. We’ve got a chip on our shoulder as well.”

Sky Sports will remain the home of the NBA in the UK and Ireland for the 2022-23 season. Watch the Philadelphia 76ers at the Boston Celtics, then the L.A Lakers at Golden State Warriors, live on Sky Sports Arena and Sky Sports Main Event on Wednesday from 12.30am.